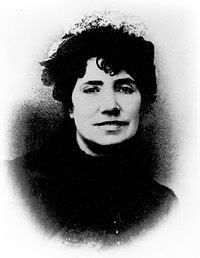 Woooeeee…! Autumn is upon us, dear reader! It is here…. It lingers all around us… In the grim fogs that drift into my valley each innocent morning at dawn… In the chill breeze that enters through the window rashly left open, as soon as the sun sinks helplessly behind the dark silhouette of the ever lower western hills… In the smoke from the fireplaces that neighbours light for the first time in many unworried months… The smoke caused by old abandoned bird nests, from dead mummy-dry leaves gathered atop the damper, from old plastic and paper mindlessly tossed into the hearth in happier days… Sneakily and unnoticed, the vanguard of General Winter has conquered our defenceless Shangri-La!

April may be the cruellest month… But September surely is the most sorrowful! Especially for one my age, who has seen over four score autumns, and many a fall on top of that…

So all of us need something to cheer us up… To get us through the daily dejection… To battle the murky notions that beset us when the blissful season gradually grinds to a halt and gives way to the dark days. And what better than a plate of irresistible Comfort Food, to consume in our cosy kitchen, with the shutters closed, and the wood fire crackling rhythmically and soothingly in the fireplace, with that heavenly Feuilles Mortes by my old buddy Yves Montand on the turntable, and the bottle of Ginjinha close at hand…

Today’s recipe will do the job better than most others I know of, dear reader. It is a miracle dish, of which I first partook nearly half a century ago, when good old Jenö Lakatos, a brilliant chef recently exiled from Soviet-invaded Hungary, was stirring the pots and wielding the spoon in the gourmet kitchen of the Fonda Rosalia (nowadays deservedly upgraded to the Hotel Gastronómico Casa Rosalía) up in the Galician village of Os Anxeles.


Jenö, need it be said, was deeply depressed at having been forced out of his native land by Russian tanks. Bitter were the tears he shed into his incomparable Gulash, and his Crêpes Suzette invariably contained far more flaming liquor than the fire department considered safe. But Jenö was also a most philosophical cook, dear reader. He managed to turn his Weltschmerz into a virtue. Having read the sad, sad story of Rosalia de Castro, the tragic lady poet after whom the hotel where he worked was called, he decided to create in her honour, and name after her, a special Gallego dish, full of simple joie de vivre, which will cheer up anyone who groans under his or her unmerited karma. And being an outstanding linguist (you ought to have heard him speak Finnish!) this dish turned out to be, not just Haute Cuisine, but also an outstanding case of kitchen jeu-de-mots.


As he told me one evening in the hotel bar over his irresistible Pálinka Leviathan Cocktail (another of his literary creations, this time in memory of Joseph Roth), finding himself faced with the challenge of creating an original dish which gave Sole-ace and Con-Sole-ation to the needy, he struck on the inspiration of cooking a particularly tender Dover Sole with a strongly soothing sweetened sauce based on mustard, cream and honey. ‘And what else could I call it, kedves Alfred, but Sole Food Rosalia?’ he asked, a smile lingering on his rosy lips, before slipping into a faultless declamation of some of the lady’s most heart-renting poetry… (Did I mention that his sense of humor was as splendid as his linguistic genius?)

So Sole Food it is for us today, dear reader… For all ye who suffer, be it little or be it much… And only need a shoulder to cry on… A pat on the back… And a bite that will lift up your spirits!

1 Sole per person (cleaned, with the fins cut off, but the head left on)
Wheat flour (mixed with salt if so desired)
Frying oil

Sweet butter (i.e. unsalted!)
Half a medium sized onion, chopped
A spoonful of mustard seeds
Unwhipped whipping cream
Soup stock (a beef cube in water will do it)
Mustard (plain, but of good quality, not the plastic squeeze bottle kind)
Honey or sugar

NB I volunteer no quantities for most ingredients, since the amount you need depends entirely on the number of soles you are planning to serve, and how much of the marvellous mustard sauce you wish to make. Surely you can figure all that out for yourself. The only rule to observe is that the sauce needs an equal quantity of whipping cream and soup stock.

Now then, let us start with the easy bit: the sauce. In a reasonably big and deep saucepan, fry the onions ever so slowly in the sweet butter. Toss in the mustard seeds after a minute or so. Let them get hot enough to pop. Lower the fire under the pan. Next, pour in the whipping cream and - while stirring - put in an equal amount of soup stock. Once the sauce bubbles, stir in the mustard (one teaspoon per sole ought to do it) and the honey or sugar (about half a teaspoon per sole). Let this simmer on for a while, to give the mustard the chance to thicken the sauce. Kill the fire, and set the pan aside on top of a warm, but not hot spot. It may cool down a little while you fry the fish, but should not get cold all the way.

You may put the dille, chives and / or fresh parsley into the sauce together with the mustard and the honey, or – if you prefer – use the green herbs sprinkled on top of the fish as garnish later on.

Now for the hard part…

Find a clean, left-over plastic bag from the supermarket, and toss a fair amount of wheat flour into it. Now pick up every sole in turn, drop it in the bag, shake with conviction, take out the ‘flouwery’ fish, and put it aside on a plate. You may wish to dry every sole with kitchen paper beforehand. It avoids caking.

Once done, heat the oil in a large, non-stick frying pan until it simmers (a piece of dry bread dropped into the oil will tell you if it's hot enough!) Carefully place the fish in the pan with the 'skinny' (dark) side down. Shake the pan a little to avoid sticking, then fry the fish for about 4 minutes.


Once ready, carefully turn the fish over any way you wish or know… Cook the other side for some 2 to 3 minutes more (careful not to overdo it; it will disintegrate and turn dry of you do! Ask me about it!) At the end of that time, turn off the fire, and make ready to serve on the pre-heated plates.

And now for the hardest part of all… A moment I have looked forward to with terror, and with shame…

As all of you are aware, dear readers, Alfred B. Mittington is a gourmet cook, but… Oh, dare I speak the horrid truth in this digital confessional?? May I blindly trust that the secret so discreetly whispered will be kept faithfully by my deeply beloved culinary confessors?? Okay… I must… So here goes… The truth is, dear reader, that there are some very very very rare things Alfred B. Mittington does not know how to do…!!!

There! I did it! Yes! It’s out! And now, before you have all recovered your breath from your ghastly surprise, I hurry to explain which one of them both is significant to the present context: Dear reader, I confess: I am no good at frying fish…! It simply does not agree with me. I guess in a former life I was some splendid food fish… a giant Tilapia perhaps… or a choice Canadian salmon… and my karma makes sure that whichever one my former family and in-laws I toss into hot oil, and try to turn around sizzly and beautifully roasted, will come out monstrous, to remind me of the horror of my deed…

Let me explain this the audiovisual way.

This is what a gorgeous freshly bought sole looks like before cooking: 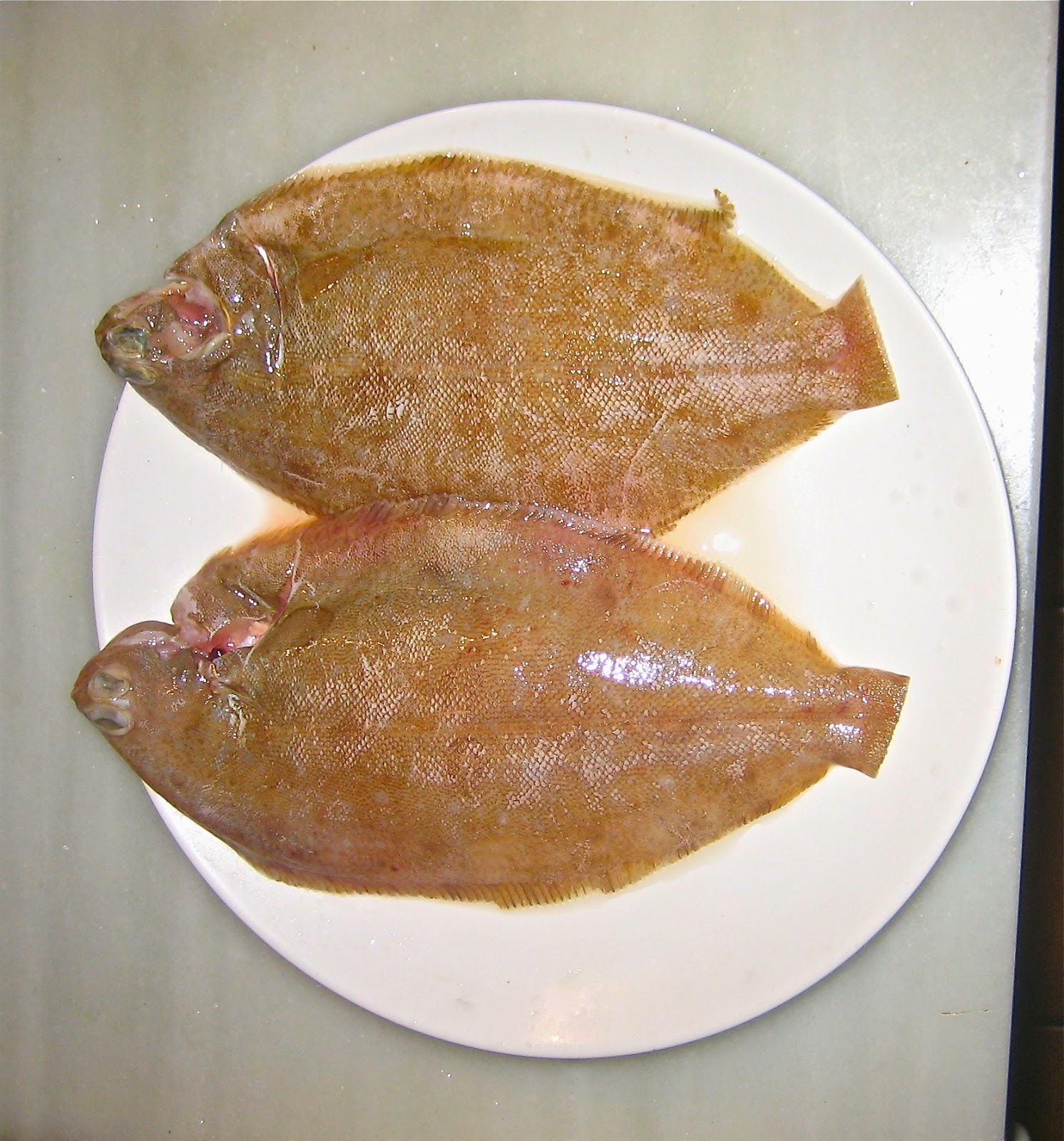 This is what it looks like when fried by a master: 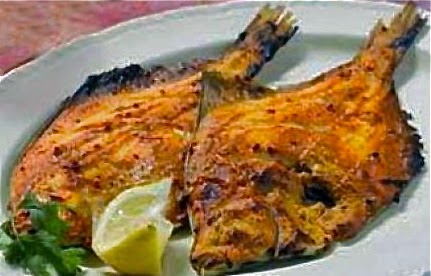 And this is what it looks like when I fry it: 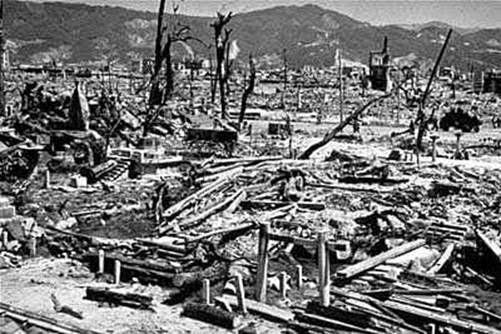 If you get my meaning…

Good old Jenö was of course a Master of Masters, a Khan of the Kitchen, a saint who fed the hungary, and so his fried soles slit out of the pan like beautiful, shiny, crisp, appetising jewels. As a consequence, he could permit himself to serve his gorgeously fried Solea Solea on top of a generous splash of mustard sauce, making his Sole Food Rosalia not merely a consolation to the palate, but also a comfort to the eye…

I, on the other hand, humble worm that I am, must be mean, and vulgar, and cowardly. A naked fish fried by myself does not inspire solace, but merely abhorrence. So I turn the order aroundof serving, and if you, dear reader, are as catastrophic as I am when it comes to frying fish, I can only advice you to follow my lead, and improve the visual lure of your culinary creation by being equally spineless. 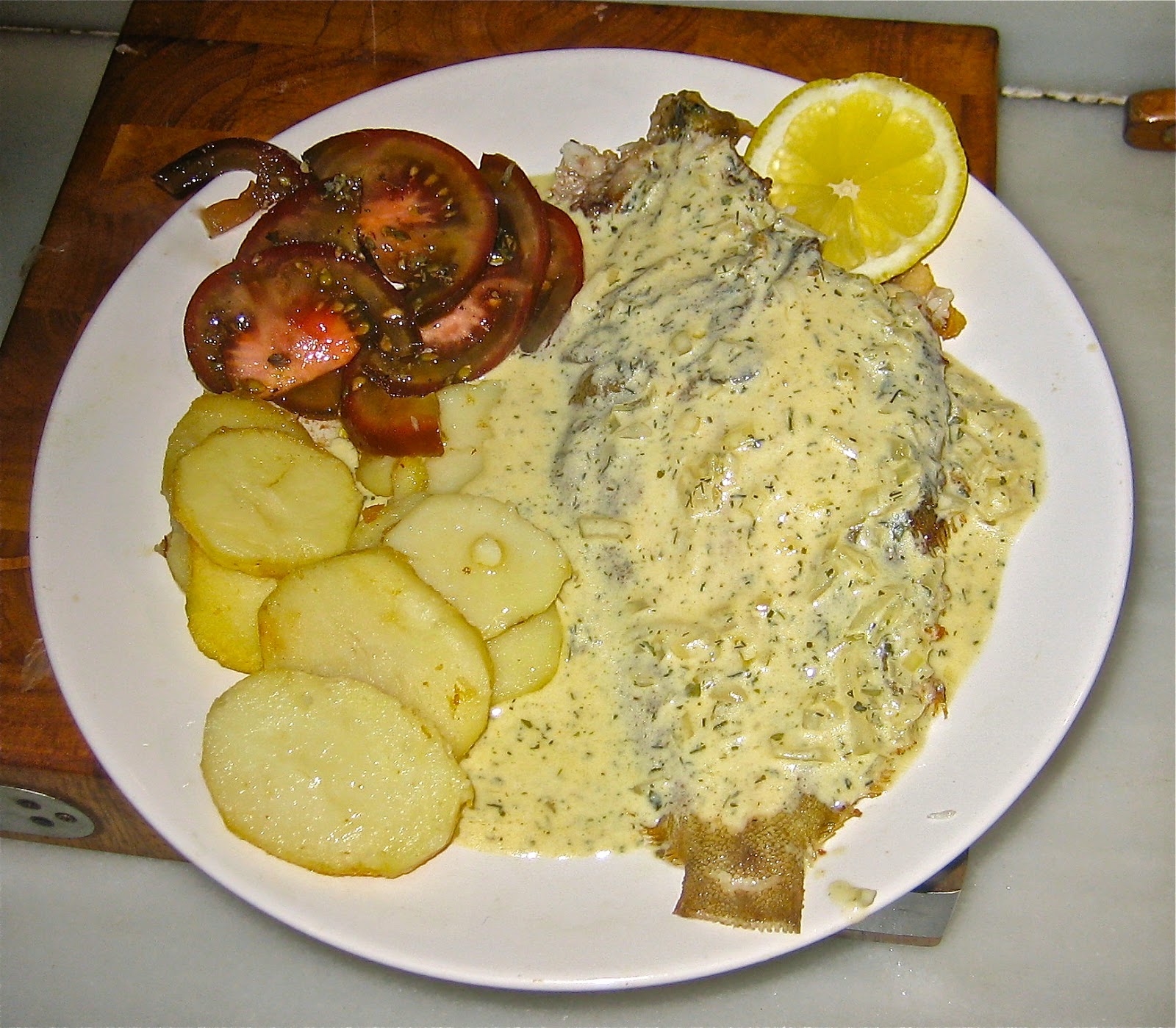 So, here are my instructions for all you fellow mediocrities: Put the fried sole on a bed of lettuce. Pour a generous amount of mustard sauce on top of it, until the sole is unrecognizable from above. Garnish with a slice of lemon, some tomato, some green herbs if you like, and a few fried potatoes. Serve this with pride, as you respectfully mumble one of dear Rosalia’s more cheerful poems (good luck finding one in her Obras Completas!)