Obituary of the Undead and the Immortal


A sad week this is, dear reader. Two fine men passed away in the last few days. 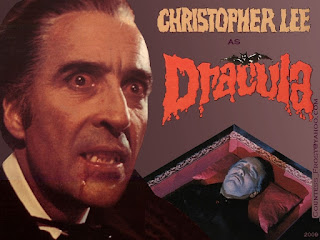 The first is Sir Christopher Lee, who for my generation will always be the first, the foremost and the ultimate Dracula to fill the silver screen with his glittering performance. A man of taste and sophistication, with a splendid war record and a host of exquisite roles to his name, Lee defied the Grim Reaper for many decades on end. He lived to 93, no less! Which is a bit of an irony, since – as a highly educated man with an extensive knowledge of the classics – he must have known Menander’s famous dictum: ‘Those whom the gods love, die young.’ His solution out of this tangle was ingenious: as the Undead Count from Transylvania, he simply died a thousands deaths in twenty vampire movies, only to resuscitate again for any next performance. What a glorious manner to prove a Greek playwright wrong! 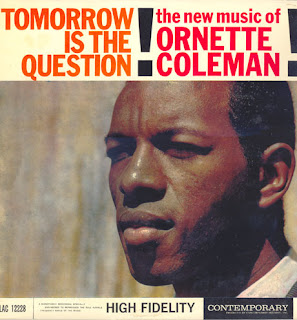 The other lamentable loss this week is Ornette Coleman, the controversial, ever innovative saxophone player who took Free Jazz to a whole new level. I only had the pleasure of seeing him perform in public once, at a jazz festival in Groningen (the utmost north of the Netherlands) back in 1980, where three feet away from me, he performed a feat I have never witnessed since: playing uninterruptedly for nearly ten minutes by the technique of circular breathing (i.e. the performer fills his cheeks with air like a chipmunk hoarding nuts; then uses that air to continue playing while he fills his lungs with fresh air through his nose; and repeating that process again so that the stream of music is never interrupted for a single moment while taking breath). It was magnificent. It was close to divine. And it reminded me that for the ancient Egyptians, as for the ancient Jews, air and breath equalled soul and life. A man who is physically capable of pulling off such a feat, certainly deserves his undying fame and immortality.

RIP both of you fine fellows!