Ali Babarroso and the 736 thieves

A couple of days ago, the Greek parliament approved another Troika Diktat. You do not want to know what it implies. But one minor fact is worth mentioning for the benefit of all those who wish to know to what Promised Land the Divine Euro is taking us.

The minimum wage in Greece is now 585 Euros per month. Before taxes. Another word for that is Gross. These are working people who spent five days a week producing something useful. 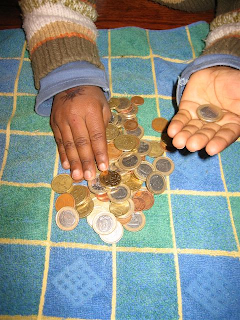 Let’s now take a look at the Representatives of the People, our MPs in the Euro Parliament. The last time I looked, these fine folks earned a minimum salary of 7,665 euros (likewise before taxes, and a fair number of them get more); on top of that they receive 287 euros for every session of parliament they attend (12 in Strasbourg and 6 in Brussels); they receive 17,000 euros each for assistance and staff (reportedly spouses and grandmothers over 90 are quite popular as personal secretaries); and 4,000 euros for ‘administrative expenses’ (which until quite recently they did not need to justify). Finally, they get airfare - I presume 4 times a month in the economy class… - to whatever distant destination they call home.

These numbers being pretty old, muddled, and incomplete, I won’t even try to be overly accurate. I calculate roughly, and conclude that every Euro MP gets some 12,500 Euros a month, gross again, and costs some 35,000. There are 736 of them. So that whole chamber, whose workings and usefulness still escape a stupid old sod like me, sends a tab of 25 million Euros to the European taxpayer every month. Which makes about 300 million a year. I hope you all feel you are getting your money’s worth.

But wait! It gets even funnier when we turn from the more-or-less legislative to the soi-disant  executive! As you all know, the EU has two presidents (for Europe needs double of every half-baked office). President Barroso of the Commission and President Von Rampage… I mean: Van Rompuy of the Council. Both of these make the same so that there be no envy between them. Their salary was fixed, after lots of extremely critical discussion in the Euro Parliament and many cruel cuts, to the trifle of 298,495.44 Euros a year. That is 24,874.62 a month. Let us be charitable and assume that they work 26 days a month for that wage (Sundays off). It then turns into 957 Euros per day. That is to say, that they nearly make twice in a day what a Greek youngster makes in a month.

I laughed loudly when I once heard Nigel Farage quip that President Van Rompuy made more than President Obama. Ah, the dear fellow always exaggerates so horribly! But guess what? HE WAS RIGHT! Barack Obama makes 400,000 dollars a year. With 1 U$ at 0,74 Euros that comes to 296,000 Euros. Hilarious? Ridiculous? Scandalous? Why… we must remember that our two Euro Presidents have a far harder job than that Washington loafer! And they don’t even get a private jet or an official residence! Yet.

This evening, Herman van Rompuy will be voted in, democratically by his colleagues, for another 2 ½ years as President. I still don’t know what he does precisely. But they say he writes beautiful Dutch Haikus in between meetings of the Council. Such a sensitive man… Such an example to our young!


[POSTSCRIPT 14.30 p.m.: Let me give credit where it is due. I just learned that the Greek Prime Minister Lucas Papademos, following the lead of Greek President Carolos Papoulias, has waived his 7,500 Euro per month salary. There is no love lost between me and mister Papademos; but he seems to be an honorable man. NOW EVERYBODY!!!]